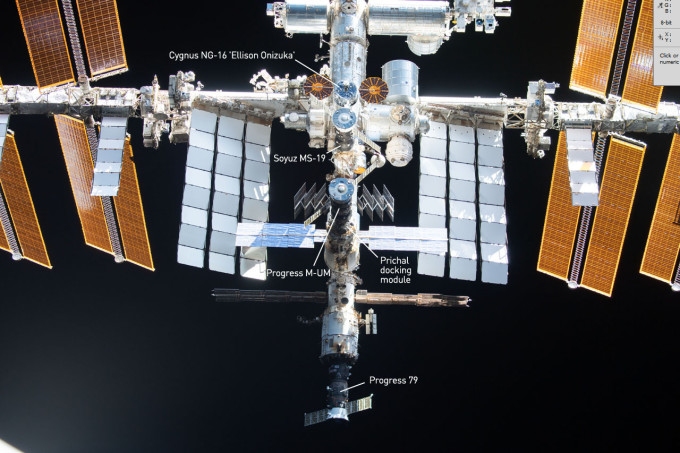 Wednesday, February 9th 2022, 11:10 am – The decommissioned orbital lab will join nearly 300 other defunct spacecraft under the waters of the South Pacific Ocean. This remoteness has earned Point Nemo another distinction. It is the centre point of the ‘spacecraft cemetery’, which contains the charred, broken remains of around 300 decommissioned space vehicles that have splashed down there since 1971. An image captured by astronauts on board Crew Dragon ‘Endeavour’ in November 2021 reveals the various cargo vessels and spacecraft attached to the International Space Station. Cygnus NG-16 ‘Ellison Onizuka’ is closest to the top of the image (with the black and gold circular solar panels), Soyuz MS-19 is next in line, followed by Progress M-UM (which delivered the new Prichal docking module), and Progress 79 is attached to the end of the station. Credit: NASA

Now, this situation is not ideal, any way you look at it.

Leaving spacecraft in orbit indefinitely is not a great idea, even if that were possible. We have enough of a problem with space junk as it is, without leaving even more large objects circling our planet. There would be a greater chance of impacts, which would create even more debris, endangering both operational spacecraft and the lives of astronauts. This gradual buildup of orbital debris is known as Kessler Syndrome, portrayed in typical disaster-movie fashion in the 2013 film Gravity.

This problem is partly taken care of by Earth’s atmosphere. Even as thin as the air is at an altitude of 300-400 km, it still exerts noticeable friction on spacecraft and debris. This slows these objects down, causing them to drop into a lower orbit. If left unchecked, they will eventually completely reenter the atmosphere. Increased solar activity speeds up this process since it causes the upper layers of the atmosphere to expand outward, thus producing more drag on orbiting objects. Spacecraft can extend their time in orbit by expending fuel to boost themselves higher up. Even so, fuel tanks eventually run dry. For others, such as cargo craft, there is no intention of keeping them in space.

This, via The Weather Network.  The full article is HERE.